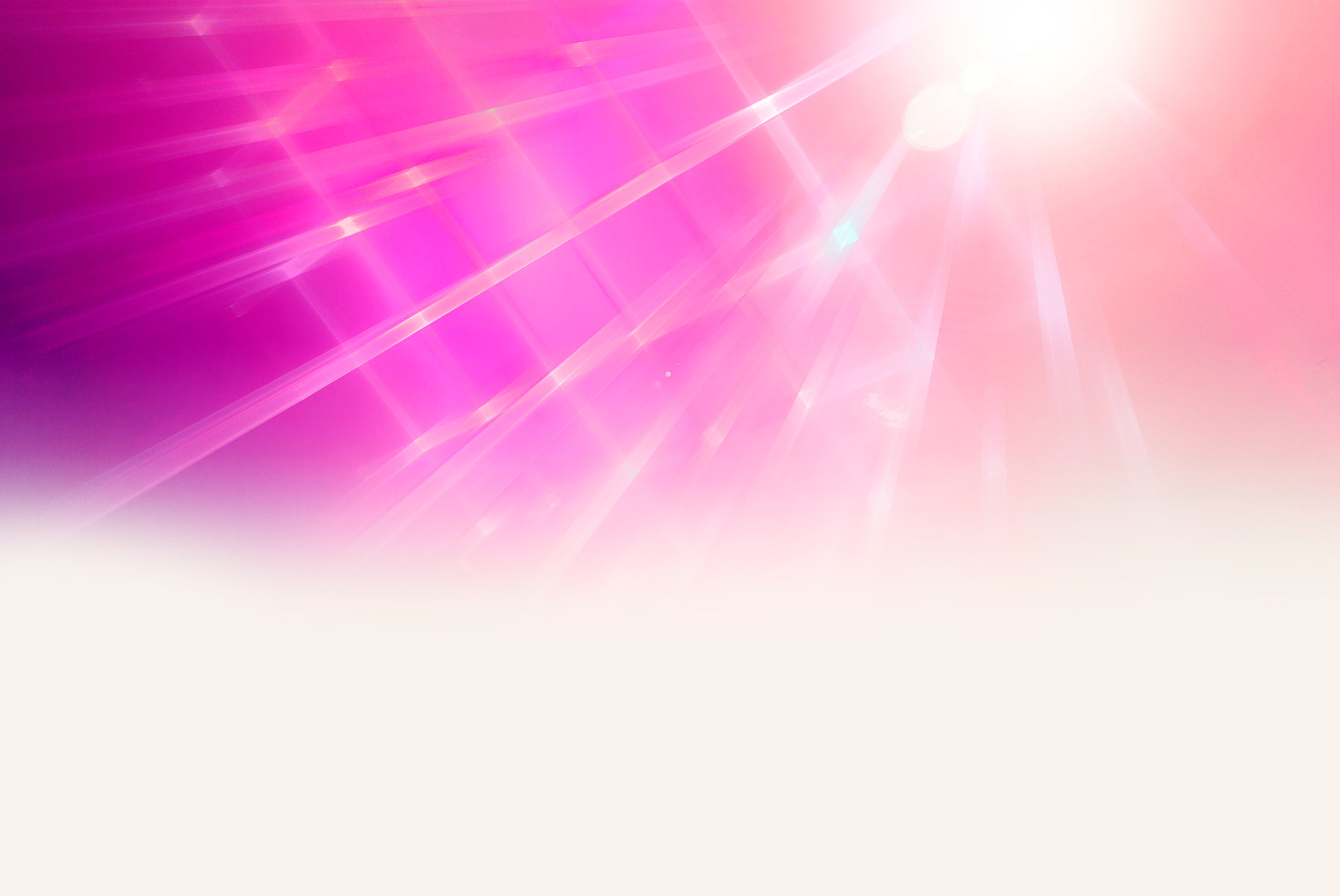 This platform will design and construct interfaces to control the localisation and lifetime of excitons by, determining parameters that control the exciton diffusion in single molecules and single nanocrystals of multi-chromophoric systems; determining the factors that govern exciton dynamics across inorganic-inorganic and organic-inorganic hybrid interfaces; and measuring the impact of spin mixing of singlet and triplet exciton states on energy and charge transfer across hybrid interfaces.

Exciton dynamics in materials and across hybrid interfaces are highly complex and are dependent on the nanoscale morphology, spin polarisation, exciton manifold and interfacial density of states. Our aim is to understand how these parameters control the exciton dynamics in single molecules of organic-inorganic hybrid systems. These parameters are not observable by conventional optical methods and require super-resolution and single molecule fluorescence techniques to probe below the diffraction limit of light. This knowledge will enable single molecule devices and functional assemblies of nanostructures.

The platform continues to work towards the aims and objectives in the funded proposal. A significant amount of knowledge has been built up enabling the formation of ordered nanocrystalline assemblies, the photophysics of semiconductor nanocrystals, including trap states, and transfer of excitons at interfaces.

In order to allow build-up of instrumentation and fundamental knowledge of excitons at interfaces, upon start-up of the Centre the work package focusing on Molecular Motors and Single Molecule Optoelectronics was delayed. The planning for initiation of this work package is underway as outlined below in Outlook.

As a result of feedback from the ISAC in 2018, this platform has been strengthened to incorporate an additional work package: Exciton Engineering at Bulk Interfaces. This work package focuses on the controlled engineering of interfaces. Research areas within this include experimental investigation of triplet injection via bandedge engineering of silicon via inclusion of hafnium layers, spectroelectrochemistry of QDs, and interface engineering of perovskite films for PV applications. While 2019 saw the beginning of this work package, it was expected that this would gain in momentum and further strengthen into 2020, although COVID shutdowns have delayed progress somewhat.

The topic of excitons at interfaces cuts across many of the platforms, extending significantly into 1.1, 1.2, 2.3, and 3.3, with explicit relevance to device physics. 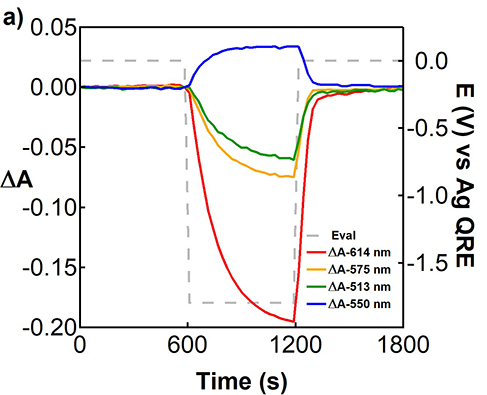 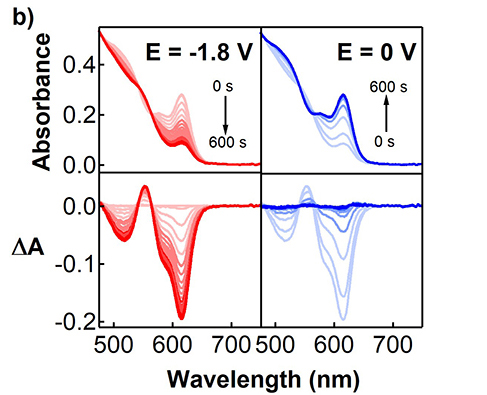 Design and construct interfaces to control the localisation and lifetime of excitons.

Determine parameters that control the exciton diffusion in single molecules and single nanocrystals of multichromophoric systems.

The formation of well-defined superstructures for the investigation of exciton transfer between nanoparticles (quantum dots) in the close-coupled regime as well as more weakly-coupled regime (via FRET) has been achieved. Different quantum dots (QDs) and metal nanoparticles with short linker lengths are able to be incorporated into these structures. Three-dimensional structures, as well as 2D and core-satellite structures, have been assembled. Photophysical investigation of energy transfer in different classes of assembly (homostructures with up to three nanocrystals, heterostructures of the same material but different bandgap energy, heterostructures of different semiconducting materials and heterostructures incorporating semiconductor and metallic nanoparticles) is ongoing, with correlation of structure (via transmission electron microscopy) and optical properties determined via confocal microscopy carried out. Multi-node/platform collaboration to understand the underlying phenomenon in these structures and manuscript drafting is underway. (Funston, Cole) The assemblies have potential application within Platform 1.1 for LSCs (Schmidt).

Modelling work has been reported outlining the driving forces responsible for the deposition of vertically oriented nanorod arrays, which may allow this to be extended to a wider range of materials (Mulvaney, Widmer-Cooper). Fabrication of nanocrystal arrays to achieve integration of single nanocrystals into addressable structures or assemblies has been achieved for both metal and semiconductor nanocrystals. (Mulvaney).

Spatial mapping of energy transfer between QDs assembled in close-packed 2D arrays (self-assembled monolayers) is being investigated at the sub-diffraction limit, with a spatial resolution of 50 nm achieved using scanning near-field optical microscopy (SNOM). This has been slightly delayed due to COVID lockdown and instrument (laser) breakdown during the lockdown period (Funston).

Experiments and molecular dynamics simulations have been used to explain the colloidal stability of nanoparticles (Au and CdSe QDs) as a function of core size, alkyl linker length, and solvent structure, with one paper published on this in 2020 (Widmer-Cooper, Mulvaney). This involves international collaboration with Prof. Tobias Kraus from the Leibnitz Institute for New Materials in Saarbrucken, Germany. A DFG grant was recently awarded to Prof. Kraus to continue this collaboration, focusing on ligand structure, solvent mixtures and additives.

Molecular dynamics simulations have been used to characterise the phase behaviour and assembly of nanorods in polymer solutions and at interfaces, with the aim of guiding experimental efforts to make both discrete and extended assemblies of nanorods with a high degree of orientational order (Widmer-Cooper). These assemblies would serve as useful structures for fundamental studies of exciton dynamics in P2.2 and have potential application within P1.1 for LSCs. An application for a cross-node postdoc to work on nanorod assembly for LSCs in this area has been approved (Mulvaney, Funston, Widmer-Cooper).

Photophysical interrogation of QDs at the single particle level have extended understanding of the mechanisms of blinking, trap states at the surface of QDs as well as the effects of strain and charge separation at QD solid/solid interfaces. These have been carried out across different QD materials, including well-studied cadmium selenide-based QDs. The coexistence of two mechanisms for blinking in QDs, Auger recombination and surface trap-induced recombination was proven. Methods to switch dissociation of excitons at strained material interfaces have been developed (Mulvaney, Smith, Lakhwani, Funston).

Excitonic processes at inorganic-inorganic interfaces have been investigated using crown-core and core-shell nanoplatelets. This area involves significant collaboration both within the Centre and internationally (Rao, University of Cambridge, Ithurria and Chamarro, INSP Paris). Emission arising from exciton-LO photon coupling (dependent on traps charges) as a function of core size has been observed. Defocused wide field fluorescence is being used to map the emission dipole of core-shell nanoplatelets, with significant differences between the emission dipole of zinc-blend and wurtzite crystalline structures of nanoplatelets observed (Lakhwani, Funston, Cole, Mulvaney).

Modelling the conformational dynamics and packing of dyes on nanoparticle surfaces as a function of dye concentration is a future direction (Funston, Wong, Mulvaney, Widmer-Cooper). Discussion has also started with PI Neaton on a joint experimental and theoretical project to understand energy and charge transfer across QD-dye interfaces.

Impact of spin mixing of singlet and triplet exciton states on energy and charge transfer across hybrid interfaces.

Transfer of excitons from PbS QDs to form triplet excited states on attached TIPS-tetracene-COOH ligands has been reported. Triplet states formed via energy transfer are harnessed via transfer to a violanthrone and subsequent triplet-triplet annihilation; this provides a useful scheme which circumvents the challenge of oxygen in photochemical upconversion and is relevant to Platform 1.1 (Schmidt, Cole).

A Transient absorption (TA) microscope is nearing completion to provide 100s of femtosecond (fs) temporal resolution mapping that can be used on non-fluorescent samples. Components are in place and progress has been made remotely along with establishing photocurrent mapping and impedance photocurrent microscopy. The TA microscope system will be modified through the pending installation of a new femtosecond laser system scheduled for installation in early 2021, opening up a far broader range of excitation wavelengths.

The simultaneous mapping of TA, fluorescence and photocurrent will be applied to perovskite and organic PV materials.

Stimulated emission depletion (STED) microscopy capacity is also nearing completion and will achieve a resolution of 10s of nm and, when coupled with time-correlated single-photon counting (TCSPC), 100s of ps. (Smith)

Scanning near-field optical microscopy (SNOM) upgrade was completed in 2019, but further progress on projects has been delayed in 2020 due to COVID lockdown.

This is a new research area into interfacial exciton transfer. As such, the projects outlined are in their initial stages, and will progress and develop over the coming year.

Experiments are underway to investigate energy transfer from tetracene to silicon surfaces prepared with tethered TIPS-tetracene. This work is the experimental complement for the theoretical investigation into TTA interactions and exciton diffusion (Schmidt, Cole).

The focus of this area is the perovskite interface. The surface of low dimensional perovskite thin films and the mobility of ions around the interface are integral to the stability of solar cells fabricated from perovskites. Investigation of the role of structure in charge and energy transport demonstrates that illumination triggers the passivation effect of potassium doping in perovskite solar cells, eliminating interface trapping and mobile ions. This improves efficiency and stability with negligible current‐voltage (Ghiggino, AI Chesman). Further work has looked at the interfacial and bulk structure of quasi 2D perovskite films and the effect of additives on solar cell performance. In order to probe the photophysics of PV materials at the interface with a substrate, evanescent wave-induced fluorescence spectroscopy is being modelled and implemented. The aim is to investigate processes at glass/intermediate/perovskite interfaces (10s of nm), which is problematic given the high refractive index of such materials (Smith, AI Roberts).

The program on the photophysics of CdSe Quantum Wells is gaining significant momentum. Good control of the synthesis and deposition of the quantum wells has been achieved. The goal here is to understand the semiconductor-semiconductor interface using the flat geometry of QWs which are easier to fabricate and tune than in spherical QDs (Mulvaney). These materials will be integrated into solar cells in 2021 in collaboration with CSIRO (AI Chesman).

IRTG submitted for funding of 10 joint PhD students between Bayreuth and Melb/Monash in 2020.

Prof. Tobias Kraus (Leibnitz Institute for New Materials, Saarbrucken) on the colloidal stability of nanoparticles, with Widmer-Cooper and Mulvaney.

COVID-19 shutdowns have affected progress in 2020, particularly for CIs in Melbourne with an emphasis on experimental work.

Platform 2.2 is primarily “discovery based” and while COVID has slowed down progress it has not been as critical as in other platforms that depend on international links.

Work Package initiation: The platform plan was that outcomes from ongoing fundamental research into exciton diffusion in multichromophoric systems and assemblies of QDs along with exciton dynamics across organic-inorganic interfaces will be applied to design single molecule devices and functional nanoassemblies. The design phase for initiation of the delayed work package has been undertaken, the work package renamed “Molecular Devices and Light Control” and planning for the associated work package to be undertaken is underway. This work package will address the overarching goal of the platform.

Modelling the conformational dynamics and packing of dyes on the surface as a function of dye concentration is a future direction (Funston, Wong, Mulvaney, Widmer-Cooper).